Balinese from every corner of the island make pilgrimages to Tirta Empul (daylight hour ; Rp 15 000 Kid Rp 10 000), signposted off the main Tampaksiring-Kintamani Road, about 500 m north of the turn off to Gunung Kawi. They come seeking to spiritually cleanse themselves and to cure their ailments by bathing in the holy springs here. Legend describes how the spirngs were first tapped by the god Indra during his balttle with the evil Mayadanawa, an early ruler of the Pejeng Kingdom. Mayadanawa had poisoned the nearby river and made hundreds of Indra's retiners sick, so Indra pierced the earth to release a spring of pure and sacred water-the elixir of immortality-that would revive his flagging troops. The new spring was named Tirta Empul, and has been considred the holiest in Bali ever since the tenth century, if not longer.

A temple was built around the springs adn special bathing-pools constructed for devotees, and the complex is now an extremely popular destination, both for Balinese and foreign tourists.

The shallow red-brick bathing pools are sunk into the ground of the outer courtyard of the temple, fed by water from the springs in the inner sanctuary, Men, Women and priest each have their own segregated sections in which to immerse themselves, though most modern devotees just splash their faces and smile for the camera. However, for the pregnant women and anyone who's just recovered from a long illness, a visit to Tirta Empul has particular significance as one of three places in which they must bathe for a special ritual called melukat. This ceremony requires immersion in the waters of each of the three holiest springs in Bali; the "holy waters of the mountain" at Tirta Bungkah, the "holy springs of the plain" here at Tirta Empul, and the "holy springs of the sea" at Tirta Selukat. In the inner courtyard, you can see the clear slate-blue spring water bubbling up into its own enclosed rectangular pool through a sedimentary layer of black sand.

Early morning departure 04.00 am from Kuta

Start from Lovina beach in the North and leave around 5.30 AM. Tours usually combine the holy hot spring Banjar, waterfall in Munduk village, feed monkey on the way to visit a temple in the Lake Bratan. Whether you will see the dolphins depends on your luck and tours can get crowded. The issue of not fully respecting the dolphins has also been raised but if your families really want to see these mammals in their natural habitat, this is where to go. Tour itinerary continue to Pemuteran, Munduk waterfall.

A great the things to do in Indonesia, We recommended you to get this trips with a group. Share travel experiences with your friend are more exciting attractions in this trip. These are lots of things, places, traditional cultures and much more.

The most famous rice terraces vistas on Bali 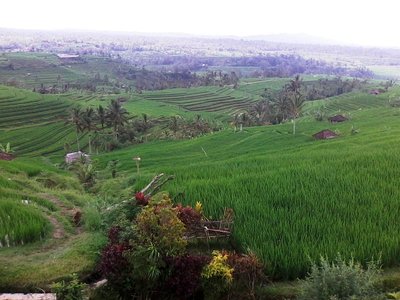 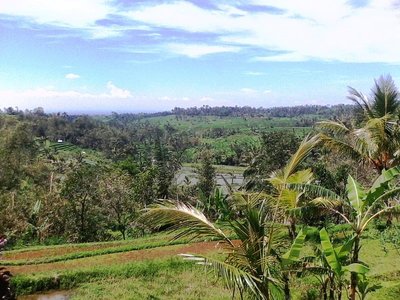 The road to Jatiluwih branches east from Wongayagede about 2,5 km and then proceeds to take you through some of the most famous rice paddy vistas on Bali. Offering expansive panoramas over the broad and gently sloping terraces and cloud over permitting, background shots of Gunung Batukaru as well.

The Scenic route to the north coast of Bali

Majority plantation in Munduk is clove plantations. The treks on offer take in a beautiful nature waterfall, the falls are far more impressive than the falls at the more famous Gitgit. A kilometer north is the village of Munduk, an excellent base for exploring the area. The best trip for you to do is start from Jatiluwih go to Bedugul. In Bedugul area, visit Pura Ulun Danu Beratan and proceed to the Munduk village via Gobleg.